What Are Lion’s Mane Mushrooms? 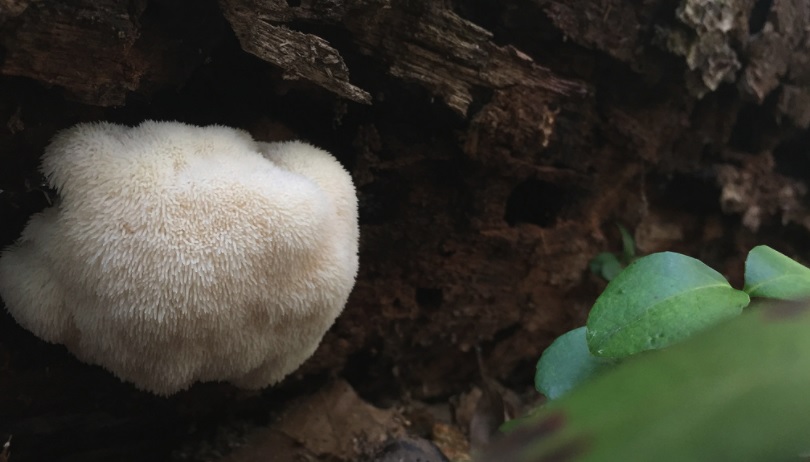 You may have been noticing our Mushroom Blend and noticed that it contained Lion’s Mane mushrooms. What are Lion’s Mane mushrooms, you ask? They are a mushroom species that are known for some powerful health effects, which has made them become incredibly popular in recent years.

Lion’s Mane is especially known for its nootropic properties. One of the properties of Lion’s Mane is that it actually can not only help stimulate the brain but may also promote nerve growth, which can help ward off disorders such as Parkinson’s and Alzheimer’s. While this potential is being further developed and studied, there are other benefits of Lion’s Mane mushrooms as well.

Here is what you need to know about the Lion’s Mane mushroom.

Lion’s Mane Is A Member Of The Tooth Mushrooms

Hericium erinaceus, the Lion’s Mane mushroom, is a member of the tooth fungi. These are a group of fungi that produce teeth-like or spine-like growths. This family also includes species such as the Bear’s Head Tooth fungus, False Hedgehog mushroom, and the Mealy Tooth fungus.

The mushroom is known for its appearance, looking like a clump of long spines that resemble thick strands of hair much like a lion’s mane. It’s also known as the monkey head, bearded tooth, satyr’s beard, bearded hedgehog and pom-pom mushroom as well as Lion’s Mane.

You’ll see them growing in late summer and in fall, especially on hardwood trees. It grows in Europe, Asia, and North America, but in the U.S. the fungus happens to grow most commonly on beech trees. 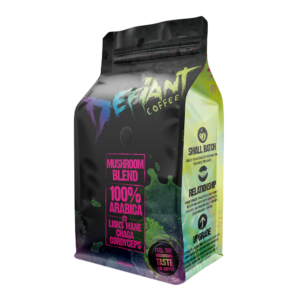 Like other edible mushrooms, Lion’s Mane mushroom benefits have been observed for thousands of years. It’s a medicinal plant in Chinese and Japanese medicine, having been long associated with a substance promoting a long, quality life. And there may be a distinct reason why.

Lion’s Mane mushrooms, you see, contain enzymes that stimulate the secretion of Nerve Growth Factor, or NGF, a type of peptide secreted in the brain that promotes the growth and maintenance of nerves.

Clinical trials of Lion’s Mane mushroom extract have shown they could be an effective treatment for diseases such as Parkinson’s disease and Alzheimer’s disease, as well as peripheral nerve damage. It’s also been shown to improve memory, concentration, and focus.

Give Your Brain A Boost With Lion’s Mane In Our Mushroom Coffee!

The powerful brain stimulating properties of Lion’s Mane mushrooms are well-known, which is what makes it perfect for deployment in mushroom coffee. That’s exactly why Defiant Mushroom Coffee includes Lion’s Mane. Along with the delicious flavor and natural stimulation of the caffeine in our 100 percent small-batch Arabica blend, you get the potent brain-stimulating powers of Lion’s Mane mushrooms, as well as those of Chaga and cordyceps mushrooms as well.

You think your brain works better on coffee? It does…but you have no idea just how good it can function. That’s what Mushroom Coffee is for. It’s as close to NZT as you can get…

If interested, take a look at our mushroof guides below